Faith is the center point of the Greeks.  For many young men, Epiphany is part of growing up Greek.

On January 6th, the Church bells rang out, the priest emerged carrying the golden Epiphany Cross and baskets of holy bread were passed around to those in attendance. Epiphany, one of the great feasts in the Greek Orthodox Church celebrating the baptism of Christ.

A naval officer flanked by priest paraded the cross through the chora to the harbor. followed by the islanders. 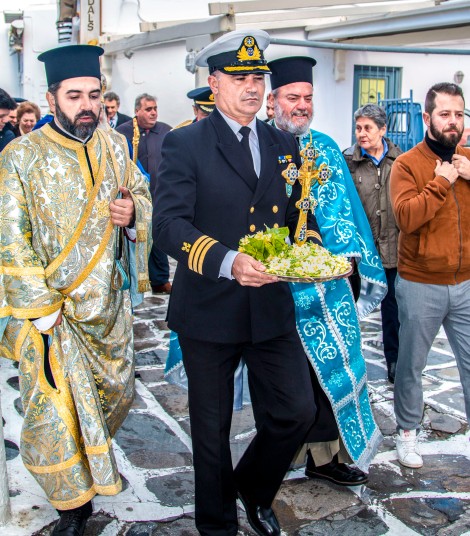 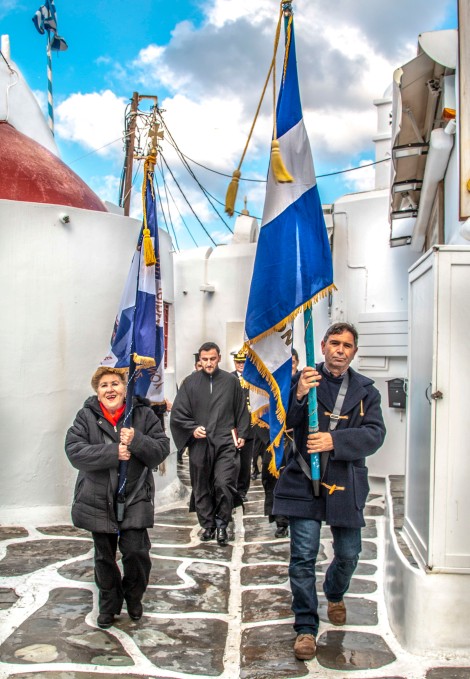 Their fathers and brothers dove for the cross. On this freezing cold day in Mykonos, these Greek Orthodox teenage boys dream that they will emerge from the water with the cross. 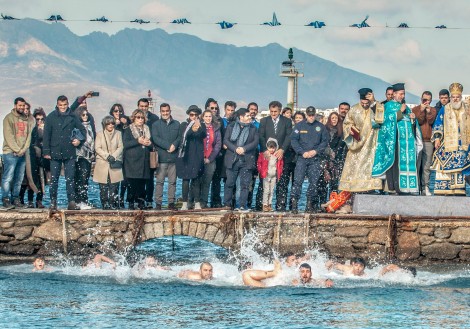 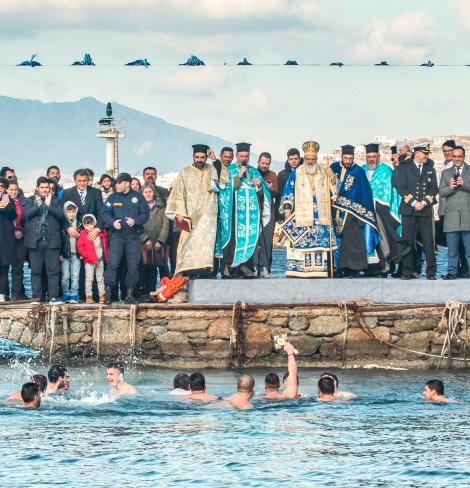 The word “Epiphany” means the lowest point of light.   Epiphany occurs during Winter Solstice.  It is now the beginning of the return to longer days of sun.  Also on Epiphany, the kallinkantzari, the malicious spirits who are said to be active during the twelve days of Christmas, are believed to be banished for the rest of the year.

It’s a blessing just to be able to participate. Being a part of it is part of the faith.  May we all look forward to a blessed year full of light in Mykonos and around the world.